"We don't know what we're doing, but we're doing it anyway" is an anti-conceptual work which materialised in the form of an artists duo - myself and François Girard-Meunier - travelling from Amsterdam to Oslo at the invitation of Helle Lindskog and Jo Mikkel Sjaastad Huse and Kunsthøgskolen i Oslo. The talk was further framed by Åpent forum, hosted by Vandaler Forening and was located at Khartoum Contemporary Art Center. The presentation was wrapped by a generous check delivery from Helle and Jo Mikkel, with the involuntary collaboration of Den Norske Bank.

What you see below is my slice of it. 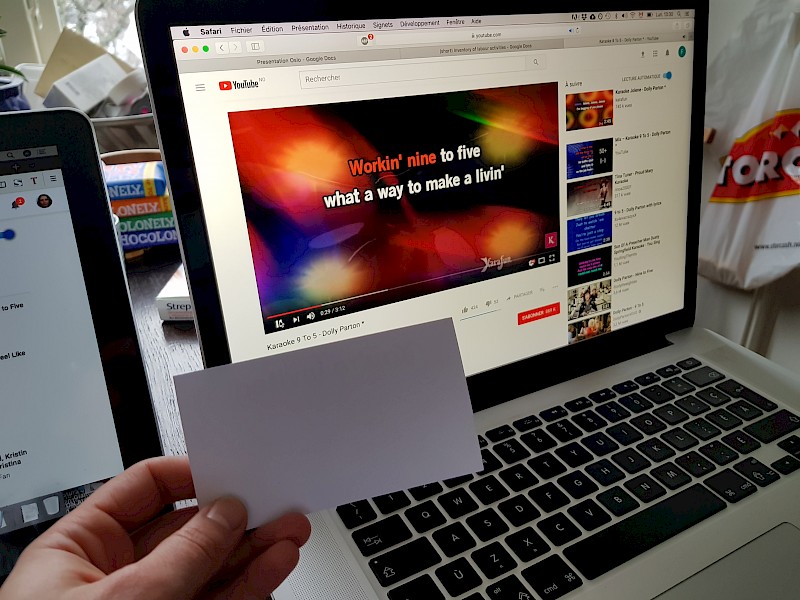 Tumble out of bed and I stumble to the kitchen pour myself a cup of ambition and yawn and stretch and try to come to life. Jump in the shower and the blood starts pumping. Out on the street the traffic starts jumping. The folks like me on the job from 9 to 5.
“9 to 5”, 1980, Dolly Parton

I am a practicing international autonomous conceptual artist and published writer, having initiated and collaborated on over 22 projects, presented in exhibitions, public talks or conferences. I have a positive attitude, unique personality, excellent grooming standards, ability to build relationships, to lead courageously and develop continuously.

I live in an anti-squat housing arrangement in Amsterdam. For a year and 12 days now I’ve been actively looking for a new place on the free market, the next step on the ladder above social housing. For this my income needs to be 4 times the value of my rent.
It’s not.

Over the past 10 years rent itself increased 4 fold in Amsterdam.

I earn a living by engaging in flexible employment.

The market’s current requirements list integration, impacting achievement in a real and significant way, charting a course for success, as the cornerstones of seamless education which fit individual personalised learning paths.

A casual glance through my CV reveals the coordinates of current free market capitalism.

2007–2017 Client Relations and Project Management within the white-collar platform economy.
My monthly salary at the time - 1,100 Euros.

September 2014 to October 2014, Communications consultant, Fine Arts Department, Gerrit Rietveld Academie, Amsterdam (The Netherlands)
My remuneration - 0 Euros, supplemented by monthly contributions, at the ages of 28 and 29, from my mother’s salary.

5 years into my overall artistic endeavors I dream of complete transparency, a way of weaving all of my acquired traits into one single body of work or approach to work, the “quit your day job” fantasy of solid creativity.

“Coherence might just be a key concept to retain and explore further. It's important as a fundamental of modern sovereignty – self-governing depends on an imagined coherence and wholeness that shapes itself on the mold of “normality”. Likewise, in order to be made productive, “abnormality” must be absorbed into a perfectly defined identity that is thus easier to govern. If constructing one’s identity boils down to attaining some sort of perceived coherence, when this requirement fails the individual becomes susceptible to what some psychologists call ‘ontological insecurity’ (...) the lack of an overarching “sense of personal consistency and cohesiveness”” Towards an Incoherent Refusal of Efficiency by Lídia Pereira

Tumble out of bed and I stumble to the kitchen pour myself a cup of ambition and yawn and stretch and try to come to life.
Jump in the shower and the blood starts pumping. Out on the street the traffic starts jumping. The folks like me on the job from 9 to 5.

“Gradually but determinedly avoid being present at official or public ‘uptown’ functions or gatherings related to the art world in order to pursue investigation of TOTAL PERSONAL & PUBLIC REVOLUTION.” (Lee Lozano)

What would it mean for the system to see that on March 1st, 2018 I was 829 Euros and 12 cents in the red and that three weeks ago I was unceremoniously announced that I will be evicted? Would it spit me out? But in so doing will it allow me to run free? Or would I turn out to be not that much of an exception, but a perfect part of the whole once my outer layers would blend with my inner ones?

On March 20th I receive an anonymous email:

“I do not personally know you, but I very much appreciate your work and writing.

Last year I stole a copy of your book from the Kunsthalle Basel. (What an asshole move, no?) I was trying to steal the Barbara Bloom book - A Picture, A Thousand Words, but it was too tricky.

I have a little off-space in Basel. I am currently putting together a program and I would be so honored if you would consider showing a work or reading a text for my space in July or August.

To sum it up the off- space exists in my bed and was started as a way to scam the Swiss government into paying my rent. There are no openings. The work exists online through a series of written-diary-esque-entries. The first show will be later this month.

I presently cannot offer an artist stipend but I can pay for shipping (if it isn't too much.)
Let me know if you're interested or have any other questions.
Thanks for your time,”

Enticed, I Googled “flight to Basel”.

“If we are too difficult to predict we become, in the best possible scenario, dangerous. In the worst possible scenario, of little or no use to the market. Unity, accountability, predictability – these are the most prized traits in a governable subject.
Can we ever refuse them?” Towards an Incoherent Refusal of Efficiency by Lídia Pereira

Tumble out of bed and I stumble to the kitchen pour myself a cup of ambition and yawn and stretch and try to come to life.
Jump in the shower and the blood starts pumping. Out on the street the traffic starts jumping. The folks like me on the job from 9 to 5. 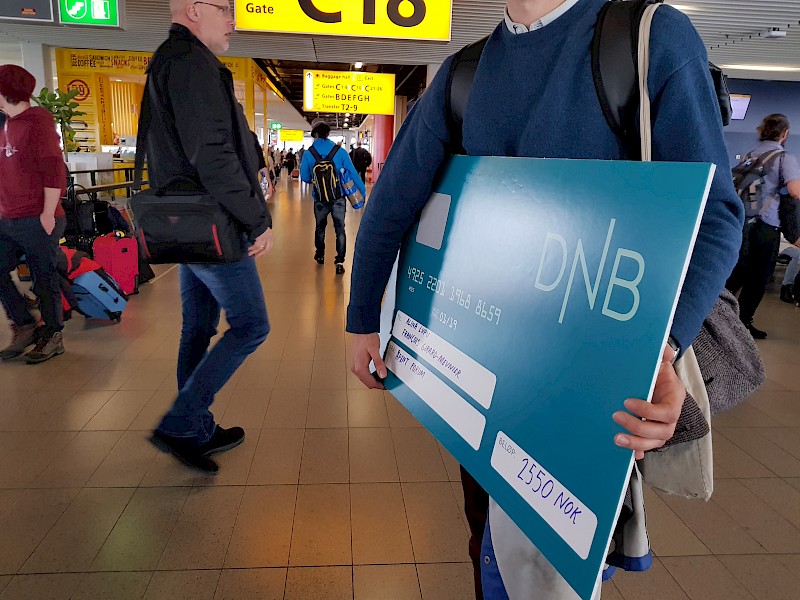 I choose a morning outgoing flight and I clicked ‘book’.